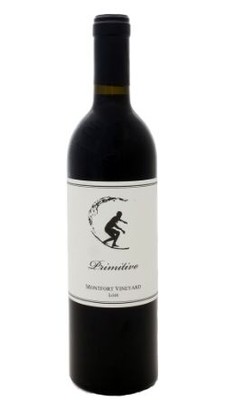 Our staff REALLY lights up anytime there’s a new Primitivo in town. Something about those ripe fruits and silky tannins always seem to be the perfect storm that keeps us shaking the last bit out of the bottle.

Primitivo is interesting in a great many ways. For instance, it’s been a great debate for years: Primitivo and Zinfandel, are they the same grape? A short answer might be yes, to most wine enthusiasts, but let’s dig a little deeper. “Primitivo,” hails from Italy, carrying it’s Italian namesake while “Zinfandel,” is considered distinctly Californian. Both varietals are clones of the rare indigenous Croatian varietal, Tribidrag also known as Crljenak Kaštelanski. (Don’t hurt yourself trying to pronounce it, I sprained my tongue.) It is truly no wonder the grapes’ name was changed later down the road. While the grape originated in Croatia, its high yields and love of a warm, temperate climate made it a prime grape to grow in nearby Italy. Hence the name, "Primitivo,” meaning, “primitive,” due to the fact that the grapes ripen earlier than other varietals.

Primitivo wines are usually characterized as rich and concentrated with good structure. Lighter variations tend to lean towards having floral and fruity aromas with notes of pepper and blackberry on the palate.

Sound familiar? After making a name for itself in Italy, it then journeyed to the United States via the Imperial Nursery in Vienna, Austria and eventually took on the name "Zinfandel". Surprisingly, the vines were planted on the east coast of the US initially, but quickly made their home in warm, sunny, temperate California.

California Zinfandels are typically characterized by robust berry fruit flavors with notable hints of anise and pepper as well. So is Zinfandel just Primitivo repackaged? Even some scientists working with Primitivo and Zinfandel have found difficulty coming to a consensus. But we know this: Primitivo and Zinfandel are very similar genetically, making them sort of twins if not at least cousins. Can you find the differences between Zinfandel and Primitivo? You might just have to buy one of each and compare. ;-)