Perfect Endings: What to Know About Dessert Wines 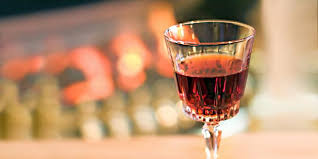 Dessert wines are known for their bold flavors, to be sure. But they also offer up subtle nuances that a sweet dessert might mask.

A glass of wine to accompany your dessert? Or, maybe a glass of wine instead of dessert. Don’t hesitate. It’s an opportunity to discover another side of wine.

They’re called “dessert wines,” and they mostly earn this moniker because of their high sugar content. The world will not end if you decide to have a glass at times other than the end of a meal. It is, though, one of the best times to enjoy a glass. Here’s what you need to know about dessert wines.

What are dessert wines, anyway?

There are as many definitions as there are opinions—and what would you expect of wine? However, the consensus is that a dessert wine is wine which has a higher residual sugar content than you would normally encounter. Here’s some perspective:

The process of making a dessert wine

They say timing in life is everything. For dessert wines, this means a late harvest. Winegrowers leave the fruit on the vine to over-ripen. It’s a process also known as “raisining,” and it allows the sugar level of the grapes to intensify while decreasing the juice content.

Sometimes, a specific grape rot called Botrytis also sets in during the raisining process. Winegrowers refer to this as a beneficial fungus, while other fruit-growers are alarmed by its presence. It’s the last thing you want to see on your strawberries, but it’s sometimes cultivated for certain dessert wines.

These raisined, sometimes-rotted grapes are then crushed for a much smaller yield of juice, which is then fermented just like other wine. There’s so much sugar that the yeast can’t eat it all before it creates alcohol and expires.

You’re left with low-alcohol, high-sugar wines that are bursting with flavor and sweetness. It’s not uncommon for dessert wines to be sold in half bottles. Don’t expect a break on the price for half the amount of wine, though. The liquid is rich, so you sip and savor it. And, since there’s less juice from these late harvest grapes, it takes more to make even that half bottle.

Ports are not late harvest wines

Late harvest wines have a low alcohol content. That’s not the case with port dessert wines. Port is what’s known as a “fortified” wine. A grape-based spirit—usually brandy—is added to the wine. The result is an alcohol content of about 18%, as well as a high sugar content.

Purists will argue that true port wines originate only from Portugal or Spain. You will, however, find port wines made from many countries and all different kinds of grapes. Non-port dessert wines do not last long once opened, and they usually don’t age well. Both characteristics are due to the low alcohol content. Port’s much higher alcohol content means you can open a bottle and appreciate it for some time to come.

There two main types of port. Ruby port is less expensive and more extensively produced. It’s aged for three years after fermentation in large closed oak vats. This preserves the rich red hue and bright, fruity flavors. Tawny port is allowed to evaporate or oxidize in barrels that are allowed to breathe. The result is a brownish or golden color, as well as a nutty flavor.

These wines have a bit more in common with late harvest dessert wines—but they will be even costlier. Ice wines are made from grapes harvested after the first autumn frosts. So, not only are they raisined and maybe rotted, but they’re also frozen. Does it surprise you that Germany and Canada are the largest producers of ice wines?

The grapes are crushed while still frozen so that the water content isn’t added. You’re left with almost pure grape nectar, and it takes a whole lot of grapes to get a season’s pressing. That’s what makes ice wine so expensive.

That said, it’s true that there are some awesome pairings—such as a glass of port with a chocolate torte, or maybe a glass of ice wine with an unadorned bowl of vanilla ice cream.