What You Need to Know About Wine Aerators 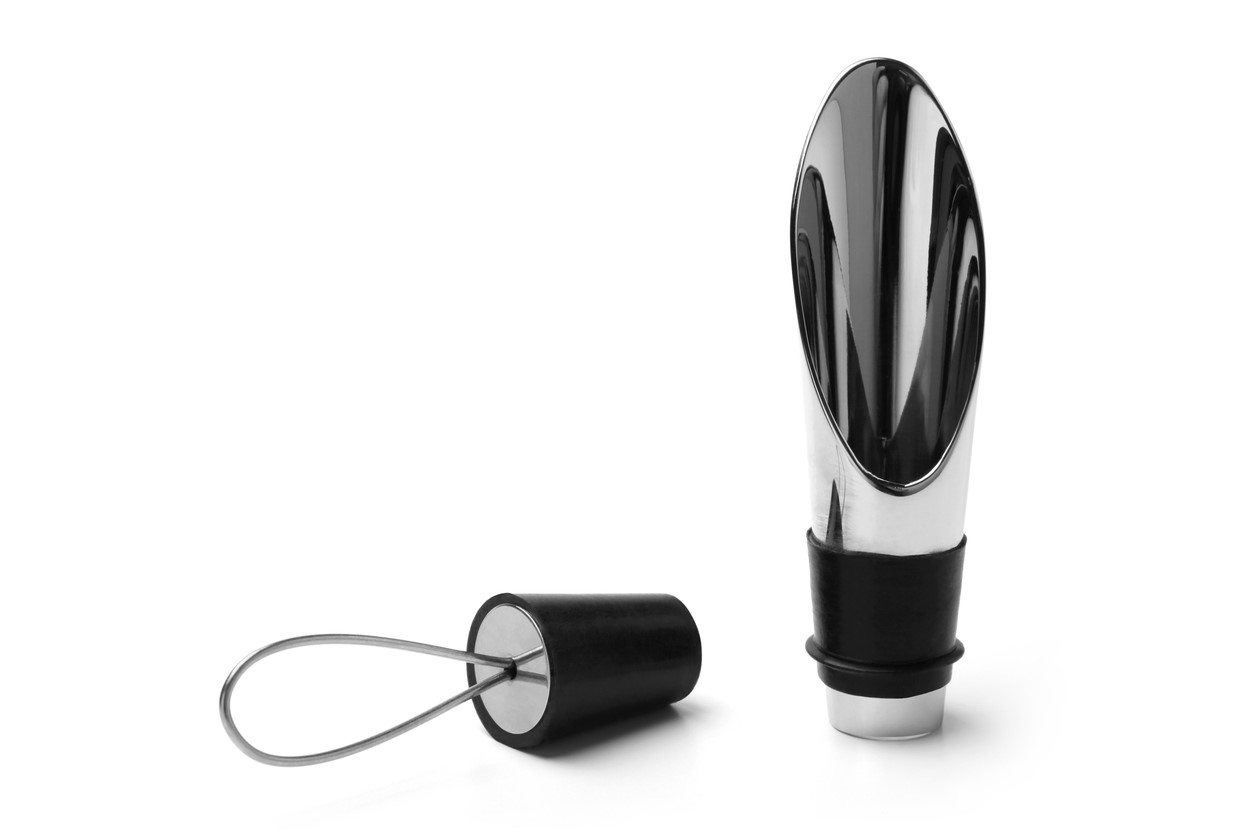 How aeration devices can enhance the flavor of wine

Aerating wine is a process that means exposing it to oxygen, which can greatly affect the taste. “Wines, particularly red, often benefit from a little aeration to allow the fruit to shine through and the flavors to mellow out,” according to TheKitchn.com.

What does aerating wine do to enhance the flavor?

NorCal Wine lists four main reasons to aerate wine, and they all have to do with enhancing or improving its flavor:

How do you aerate wine?

There are several ways to aerate wine. The first and easiest is to open the bottle a few hours before you drink it. However, you may not have time to let a wine sit that long.

The next easiest method is to pour the wine into a glass and swirl it around. You’ve probably seen this done at wine tastings and wondered about its purpose. “Swirling both aerates the wine and volatizes it, releasing more aromatic molecules into the air,” according to NorCal Wine.

The third way to aerate wine is to pour it from the bottle into a decanter. Decanters have a wide bottom so the wine is exposed to more oxygen, and thus, this method works faster than just swirling wine in a glass. It’s best to use a funnel that allows the wine to run in sheets down the inside wall, rather than pouring it directly into the bottom.

The final method for aerating wine involves devices that can speed up the process for those who might be in a hurry or who don’t have time to let a wine “breathe” before serving.

Types of wine aerators and what they do.

There are three main types of devices that can speed up the process of aeration.

Handheld – These devices are held over a glass and the wine is poured through them. Handheld devices include the Vinturi Line. “They will typically come with a screen, a base for the aerator, and also a stand. They allow a large amount of air to get to the wine in a very short amount of time,” according to Wine Enthusiast.

In Bottle/Stopper – These devices fit right inside the bottle. They are the most convenient because they can also be used as a stopper once a bottle is opened. This type includes the Rabbit Aerating Pourer, Wine Twister, and VinOAir.

In-Glass/Decanter – This last type of aerator sits in the spout of a decanter or the glass. “This style is similar to the handheld version but requires a little less work. Vinturi can be used in this fashion as it will fit atop most decanters, allowing for double aeration,” according to Wine Enthusiast.

Why should you consider buying a wine aerator?

According to TheKitchn.com, “The oxidation that occurs as the wine passes through the aerator helps soften flavors and releases aromas in the wine, thereby bringing it to its full potential.”

If you are pressed for time, you won’t have to let the wine sit in a decanter; you’ll be able to enjoy wine immediately. “It will often have the same positive impact on the flavor of wine as letting it breathe for 30 minutes in a decanter,” according to TheKitchn.com.

You can also aerate the wine by the glass, so if you don’t need the whole bottle, only pour the amount you want. Wine aerators may even make a cheaper bottle of wine taste twice as expensive since they do such a good job of enhancing the flavor and aromas.

A wine aerator is a good tool to have in your wine-drinking arsenal. Use one to get oxygen into the wine when you’re in a hurry, or to simply to enhance the natural flavor and aroma.